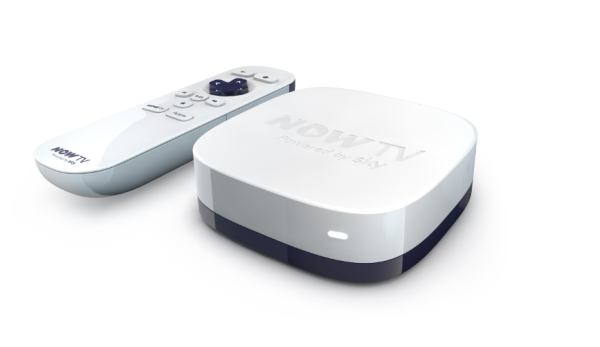 Are you ready for a revolution? Well it’s upon us and is about to uplift your living room! As if Sky TV wasn’t revolutionary enough, we can all take a step into the future and turn our TV’s into smart TV’s with the help of NOW TV (is that enough TV’s in there for you?!)

Launched only a couple of weeks ago, this beautiful little white box (its smaller than a pub beer mat!) can help you to transform your TV watching with just your wi-fi router! Its super easy to set up (we particularly loved the mini-explanations as to why you were doing certain things in the booklet) and once you’re all logged in, there is already a plethora of channels for you to peruse!

Coming in at an affordable £9.99 if you need yet another excuse to be on Facebook or Spotify, then this is it!  As well as getting on internet specific sites such as Flickr and Vimeo, you can catch up on lots of your favourite shows via 5 Demand and iPlayer. There are also a large number of channels which you might not be too familiar with such as TED  and Crunchyroll (Japanese anime programmes). Our only word of caution on this is that some of them require specific subscriptions such as USTV Now, so you may end up forking out a bit more money than you’d originally intended, but the majority are free to view.

If you’re also not a Sky customer, what’s really handy is that you can still get Sky Movies and Sky Sports as an instant add on. For this, you would pay on a day by day basis and it isn’t the cheapest option, but these packages are essentially premium if you were a Sky customer or not; so we would recommend that you really pick a specific event that you’re willing to part your hard earned dosh for rather than making these regular occurrence. 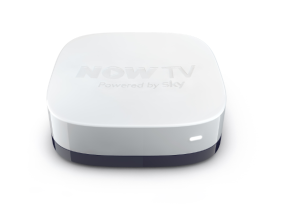 Although the NOW TV box is still in its early stages, we can definitely see the potential for what it can offer. Not everyone can afford Sky TV or its competitors, and with all of our busy lifestyles we certainly like the idea of watching what we want, when we want. Apparently it’s a whopping 2 out of 5 people who stream their ‘must see’ shows on a regular basis, so something like the NOW TV device could be the way of the future. As with every device which is brand spanking new, we’re still waiting for what more can be offered. At first glance the variety is pleasantly surprising, so with this offering growing, we could say good bye to our old TV habits, and quite easily embrace these new ones!