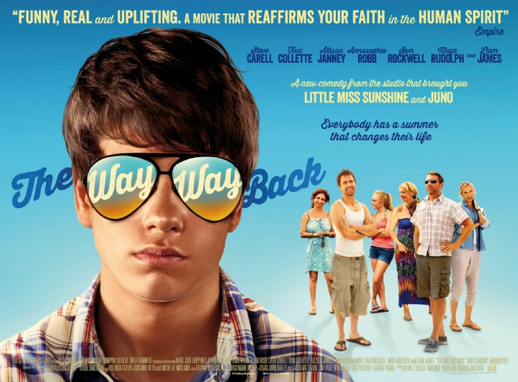 If you love Sam Rockwell as much as we do, then you’ll be queuing up to watch him in this quirky Summer coming of age flick which hits cinemas today.

The film follows shy 14-year-old Duncan as he goes on summer vacation with his mother, her overbearing boyfriend, and her boyfriend’s daughter. Having a rough time fitting in, Duncan finds an unexpected friend in Owen, manager of the Water Wizz water park.

Nothing overly dramatic happens in this film, it’s just more of a reminiscent and nostalgic journey into all of our uncomfortable adolescent selves where we’re discovering new things, good and bad, meeting new people and most importantly having that very awkward, lonely teenage Summer.

The film boasts a great cast and starts very well. We see a new Steve Carell, no longer a slap-stick comic character, this time a straight talking stepdad which any teenager would find offensive and domineering. Toni Colette is the ‘glass half full and things could be worse so I’ll put up with it’ mother of Duncan and Sam Rockwell is the saving grace coolest guy in town who runs (rather haphazardly) the Water Wizz water park.

These are only half the key characters in the film, but immediately you see a pattern forming. These characters are very clearly stock and presented in an almost formulaic approach to what you would hope would make a good/poignant/funny film. In addition you have the constantly drunk neighbour – who provides a monologue of comic proportions as the family arrive at their Summer home; her overly confident sharp talking tween son, additional neighbours who turn Carell and Colette’s characters into relatable drunken parental figures around the dinner table and finally there’s the shy inquisitive beautiful girl who doesn’t conform to her bimbo girlfriends and inevitably becomes the object of Duncan’s affections. 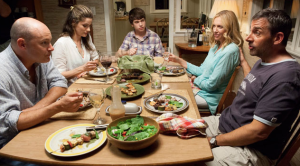 These all sound like the recipe for a classic coming of age tale, and if they had all come together perfectly The Way, Way Back would have been one of those must watch films, but something just doesn’t quite gel together. You will probably be willing this film to be much more enchanting than it actually is and will most likely find sanctuary like Duncan, at the Water Wizz water park where Sam Rockwell dominates. His effortlessness and ease provides a distinct contrast to the rest of the cast who feel slightly more contrived, which some may argue is a testament to his talent as an actor.

But by no means is this film unwatchable, there are some brilliant moments of comedy, and over arching reminders of many of our teenage experiences plus some brilliant performances across the board in their own rights. It’s hard to put a finger on what exactly doesn’t work, but you certainly do come away trying to work out what could just make it that little bit better

The Way, Way Back is out on general release from today.