So Snoochers, how many have you taken? I’m talking about selfies, come on now, don’t be shy we’ve all done it…those self-portraits taken on a mobile phone, which is then shared via social media platforms such as Instagram, Facebook, Twitter etc.

I’m not going to lie, selfies have happened in the weirdest of places, there was recently an article released about the rising population of people taking selfies at funerals! (Not cool people!) and popular personalities from Rihanna to Rosie H-W love taking pictures of themselves posing to model perfection, its even given way to the birth of new TV shows based around the Instagram lives of the rich and famous kids, who love to share pictures of themselves and their wealth!

Recent research by Superdrug of 2,000 women showed that half of all young women (18 to 24 years) admit to taking selfies, with one in ten admitting to taking them ‘all the time’, taking on average five minutes and 45 seconds to get the perfect “impromptu” shot.

62 per cent of the young women questioned said they used their selfie as their profile picture on social media.  In the battle of the social media big three, Instagram is the top place for posting selfies with 30 per cent, 21 per cent post theirs on Facebook while 13 per cent use Twitter to publicise themselves.

If only they had selfies back in the day!

Now these are some interesting numbers, but get this…

While it takes on average five minutes and 45 seconds for young women to take the perfect photograph, it takes them a staggering 11 minutes before then to ensure their hair and makeup are perfect. But why is there all the fuss? Well, Superdrug’s Buying Director Simon Comins, may have the answer, he said:  “The rise of mega pixel cameras on phones ensures that today’s young women want to look picture perfect and this means high definition makeup, flawless skin and artfully styled hair.”

So with this in mind, is it any wonder why we’ve seen a huge rise in the purchasing of make up to help us look “picture perfect” just for our very own selfie?!!

Superdrug reports sales of makeup primers have increased by 21 per cent so far in 2013.  Other products highlighted as essential for selfies also on the rise including eyebrow pencils and volume boosting mascaras.

So whats the verdict?!

Well, these aren’t going to please everyone, some may say that the selfie is an arrogant, immature thing to do from people who want attention; whilst others may applaud it for giving people the confidence to step in front of the camera and feel beautiful enough to take a snap of themselves. Either way its proving to be big business particularly in the area of make up. So whether or not you decide a selfie is a perfect expression of how you’re feeling at that particular “moment in time” or not, remember…its all a bit of fun, right? 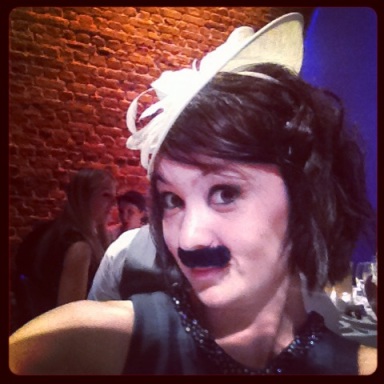