Back in 2004, Anchorman birthed a fan-favourite character in Ron Burgundy and has since gone on to become a cult hit, blossoming into an oft-quoted piece of pop culture. 9 years later, Ron and the team are back by popular demand for another helping of improvised one-liners, celebrity cameos and Brick…being Brick, and the sequel is a worthwhile, if at times over-indulgent follow-up.

Directed by Adam McKay, Anchorman 2: The Legend Continues takes place in 1980’s New York, with Ron (Will Ferrell, who co-wrote the screenplay with McKay) now married to co-anchor Veronica Corningstone (Christina Applegate). When Ron loses out on a promotion to his wife and is unceremoniously fired, he accepts an offer to join rivals GNN – the first 24-hour news network – and quickly reassembles his old team, including Brian Fantana (Paul Rudd), Champ Kind (David Koechner) and weatherman Brick Tamland (Steve Carell). Only slick anchorman Jack Lime (James Marsden) stands in their way of success.

At its best Anchorman 2 is a hilarious, inspired comedy that manages to tap into what made the original work, effectively giving us more of the same. As the old adage goes, “if it ain’t broke don’t fix it”, and that certainly applies here. With that said, there is an unexpected but very welcome satirical through-line offering up a light commentary on the importance of good journalism that’s tackled in entertaining fashion. 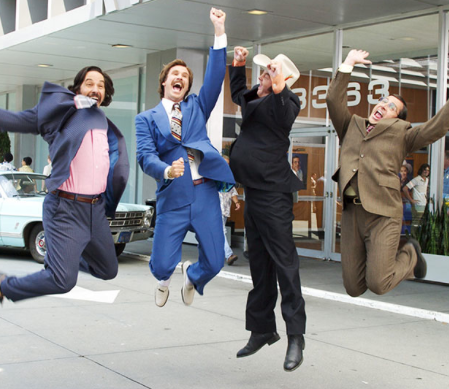 With many scenes given the improvised treatment (the first cut was 4 hours long), unsurprisingly not every gag hits its mark. Some of those unamusing moments involve an over-indulgence in Brick’s eccentricities, whilst other lapses occur when Ron interacts with African-American boss Linda Jackson (Meagan Good). Particularly when you consider how much the film gets right, it’s disappointing that the filmmakers felt the need to resort to humourless racial jokes. 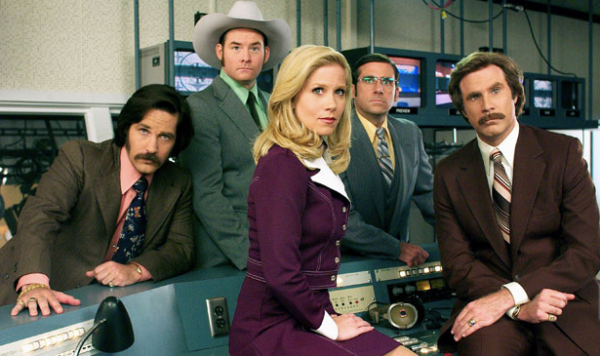 Thankfully, Ferrell’s charm helps to ease the uncomfortable nature of these lazily written scenes, and needless to say he’s at the forefront of the film’s best moments as well. Indeed, If God put Ron Burgundy on this Earth to have salon quality hair and read the news (Ron’s words, not ours), then similarly Ferrell is the man who has been ordained to play him. Elsewhere, Carell’s lovable oddball Brick scores many laugh-out-loud moments, though scenes with Kristen Wiig’s love interest come off as awkward as opposed to funny, whilst Rudd and Koechner both deliver solid turns returning to their supporting roles.

It’s rare for comedies to get a sequel and even rarer for those sequels to be any good. Anchorman 2: The Legend Continues proves to be one of the few exceptions, and though it doesn’t quite outdo its predecessor there is plenty of new material for fans of the first film to laugh at. Here’s hoping we won’t have to wait another decade for the inevitable conclusion to the trilogy.