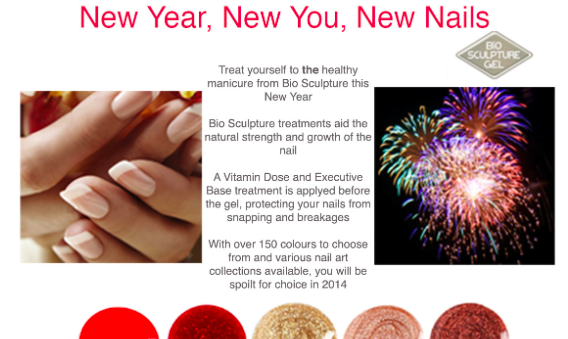 Well, it really is all done for one more year! But don’t feel drab feel fab as we have a beauty flash for you!!

This treatment is a health based pre treatment that nourishes your natural nail and allows the nail to strengthen and grow once the polish is applied.

This makes the Bio Sculpture experience unique as this manicure will help your nails instead of damaging them like other gel manicures.
Make looking after you’re nails a new year’s resolution this year with Bio Sculpture and start 2014 in style!
Have a great weekend all! x
Advertisement

Happy New Year to all of you wonderful readers, we hope you’ve had a great night celebrating and are optimistic and excited about all that 2014 has to bring. If, after you’ve recovered from your hangovers, you’re starting a brand new job (and life) in London, then hopefully this post will be very helpful to you.

Like many before you, the prospect of starting a new job and life in our Capital may be a little daunting, with its busy lifestyle, super savvy Londoners and endless string of bars, nightclubs, cultural sites and so on. So, when we met up with Capital Living owner Adam Goff, we finally found something that might just make the adjustment to city living that little bit easier.

What is Capital Living?

Well, in short it’s the answer to all your London living needs. If you’re a professional coming to London to live, there is always the risk of paying a fortune for living somewhere not so nice, and with Capital living, they run a professional house share which provides everything that is needed for you to enjoy minimum fuss and maximum lifestyle in London.

Ok, so to keep it simple you pay one monthly bill which basically includes everything except your laundry and food. Which is great because you get the highlights of things like Sky TV +HD Flatscreen TV thrown in, your Council Tax paid for, a weekly housekeeper and there are no hidden charges. Capital Living also position its properties a short walk from the nearest tube stations, so your commuting time is efficient for wherever you have to get to! It really does almost sound too good to be true, and that’s what we thought until we actually visited Adam in one of the properties, which was incredibly impressive! 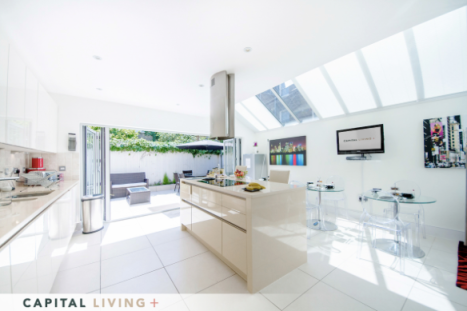 But who do I live with?

Well, this is the clever part, sometimes you just have to uproot and head to the Big Smoke all on your own, and that often means you’ll know little or no one which can again be a hugely daunting prospect! We’ve all been there and in fact Adam has been there himself too, which is why as well as the property renting side of things, he knew that it was important that he built communities. This is a really nice personal touch, as you are placed in properties which fit to not only your financial capabilities and location specifics, but also your compatibility with other ‘members.’

Capital Living doesn’t like to refer to its tenants as ‘tenants’, to help build this community and make you as the consumer feel that you’re getting the service you’re paying for, everyone is treated like part of a members club, which may sound a bit odd from the outset, but actually fits the abode you are renting. There are also social mixers which take place on a regular basis which allow you to instantly meet new people, which can often be quite difficult in London, and all members have access to an active and engaging online forum on Facebook where you can share stories, photos from some of the mixers and generally stay in touch with the rest of the community.

Where did the idea come from?

Well, its founder Adam Goff has always been a savvy entrepreneur ever since he left university. From a humble online student ticketing service through to mobile phone assistance and eventually property, he’s gained knowledge and know how along all of his entrepreneurial journeys, making each business a little bigger and better than the last. The real turning point to kick start Capital Living however, came from his own experience of moving to London from the Midlands, the idea of huge rent and bills in the most sort after locations came hand in hand with small dingy flats with dodgy landlords. Thinking about what he would want out of living in London, Adam carved out his ideal renting plan and got to work. Soon after, Capital Living was born, and with his team, like his other projects its just seems to be getting bigger and better.

So, you live in these lovely properties with like minded people, who following careful research from Capital Living, seem to have similar interests and lifestyles to you, there are no hidden charges so you can manage your money wisely, so what’s the catch?

Well, we struggled to find a catch really, its like being placed in an up market house share, which if you’ve dreamed of living in London gives you the setting and lifestyle that you can only imagine comes with a big city rather than the over priced nightmare flatshare dives which happen far too often.

The only real catch is that to maintain this standard of living, you initially have to meet Capital Living’s criteria for application, which first and foremost starts by being a professional in London.

So if you think that Capital Living might be right up your street, we would definitely encourage you to try a new way of flat hunting in London, its unique, luxurious and comes with an affordable price tag too, so give it a whirl and get in contact with Adam and the team here.