Get up, get out of your seat and move to a slightly more comfy one laced with red velvet and beautifully moulded bum imprints. Yep you guessed it, its one of the cheapest and historically romantic places to go on a date. Watch out though, the back row may be a little full!

On Valentines day the cream of the romantic movie crop hits cinemas and 2014 is no exception. Today of all days has some movie lovers magic just for you, whether you’re up with a dynamic dance film (well sort of) or lonely and needing some solace in future technology, or just after some good nostalgic fun then we can guarantee there there are some top choices ready and waiting for you!

So why not check out @thereelfilmshow and their latest picks of the top films to hit the cinemas this weekend, hosted by our very own resident film critic @rebecca_perfect

If you’re not catching the #LFF London Film Festival next month then fear not, only a few short weeks later will be the 17th annual UK Jewish Film Festival. This years festival will feature screenings of over 70 films and other special events across five cities – London, Glasgow, Leeds, Liverpool and Manchester – over the course of 19 days from 31st October 2013.

From gala premieres to documentaries about the Jewish culture, here’s a few of our highlights which look like ones not to miss! 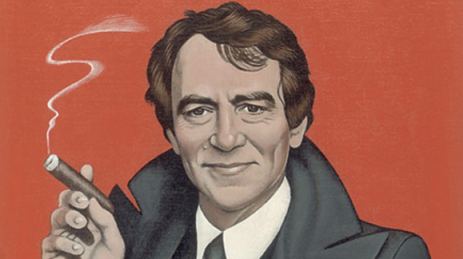 A riveting portrait of a transformative figure in the New York theatre scene, Joe Papp – a poor, tough, Jewish kid from Brooklyn – who created Central Park’s free Shakespeare In The Park Festival, which launched the careers of everyone from Meryl Streep to Kevin Kline, all of whom feature here.

The film follows the ubiquitous party song on its fascinating journey from Ukraine and Israel to the Catskils, Hollywood and the world, using the song as a springboard to explore Jewish history and identity and to spotlight the cross-cultural connections that can only be achieved through music.

High on fun and entertainment, Hava Nagila (The Movie) is also surprisingly profound, tapping into universal themes about the importance of joy, the power of music and the resilient spirit of a people.

Funny, clever and abrasive New York comedy from a young director tipped as the next Woody Allen, starring the inimitable Brian Cox CBE.

Blumenthal is a comedy about a family in motion. The severely constipated Saul Blumenthal desperately wants to go. His brother Harold the famous playwright (whom Saul believes plagiarised his life), has just gone. Saul’s wife Cheryl fears she’s a has-been and considers cosmetic surgery whilst Ethan, the main protagonist, is on a duel-pronged journey to find a soulmate and Harold’s lifetime achievement award, as a form of recompense for his father…

Welcome to the world of American Modern Day ‘Jewrosis’!

You can book your tickets via the Film Festival website  but don’t leave it too late or you’ll miss out on all of these fantastic films.