Did you know that the average consumer goes to the cinema three times in a year?! THATS CRAZY!!! There’s so much good stuff out there that you’ll want to watch three films in a day to get through them all.

So to get you all excited about all the good stuff hitting the cinema this winter, we thought we’d give you some exclusive first looks at some brand new trailers!! ENJOY!!!

86 year-old Irving Zisman is on a journey across America with the most unlikely companion, his 8 year-old Grandson Billy in “Jackass Presents: Bad Grandpa”. This October, the signature Jackass character Irving Zisman (Johnny Knoxville) and Billy (Jackson Nicoll) will take movie audiences along for the most insane hidden camera road trip ever captured on camera.
Along the way Irving will introduce the young and impressionable Billy to people, places and situations that give new meaning to the term childrearing. The duo will encounter male strippers, disgruntled child beauty pageant contestants (and their equally disgruntled mothers), funeral home mourners, biker bar patrons and a whole lot of unsuspecting citizens.

Real people in unreal situations, making for one really messed up comedy.

Grandpa causes all sorts of havoc as of today!!!

Based on the beloved international bestselling book, The Book Thief tells the story of Liesel, an extraordinary and courageous young girl sent to live with a foster family in World War II Germany. She learns to read with encouragement from her new family and Max, a Jewish refugee who they are hiding under the stairs. For Liesel and Max, the power of words and imagination become the only escape from the tumultuous events happening around them. The Book Thief is a life-affirming story of survival and of the resilience of the human spirit.

The Book Thief stars Academy Award winner Geoffrey Rush and Academy Award nominee Emily Watson and will be released in the UK on 31st January 2014. 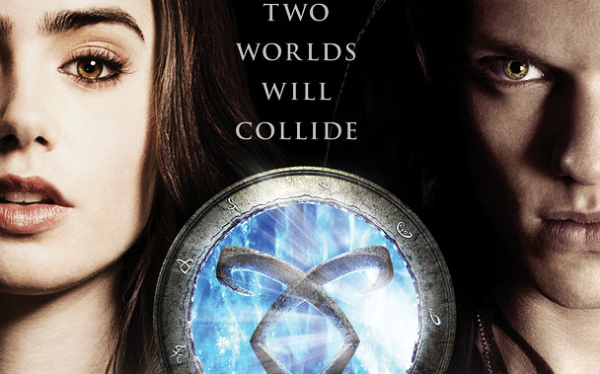 So what happens when you grow up as a normal teenager and suddenly one night you start drawing symbols all over the wall? Well you get pretty freaked out… and who do you turn to? Your mum of course, but she’s keeping secrets from you and suddenly disappears. Things really aren’t going to well are they? Its tough being a teenager, its even tougher being a Shadowhunter teenager as Clary Fray (Lily Collins) finds out… 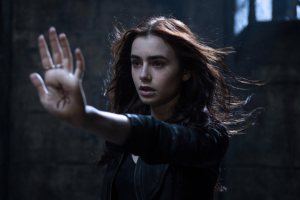 Based on Cassandra Clare’s bestselling novel, The Mortal Instruments: City of Bones looks like the successor to all the Twilight and Hunger Games books that have started to send screaming fans into a frenzy. This big budget Hollywood film has a predominately British led which is refreshing, and although it opened here yesterday with the help of the cast and director stepping through a major global promotional tour, its currently slightly underperforming over in the US.

However we shouldn’t take that too literally because despite the doom and gloom that some are saying about this film, its really rather enjoyable. You have a strong female protagonist (quite like what audiences related to with Bella Swan in Twilight) and there are lots of laughs and one liners – some more forced towards the end – plus there are demons, ghouls and a whole underworld that is living right under Brooklyn… what’s not to love?! 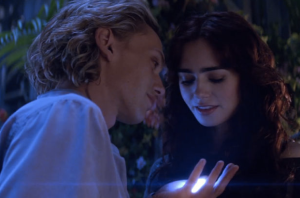 The film keeps you guessing and is a classic case of a first film in a series where characters are being established and so there are only three main parts, Clary, Jace (Jamie Campbell Bower) and Simon (Rober Sheehan). The rest come and go and one assumes we will see more in the second installment. There is so much going on in this film that you can’t really help but be swept up in it all and despite it feeling ever so slightly over long in form, its not unwatchable, quite the opposite.

What fans of the book may feel is that this film has tried to be so true to the original content that it maybe fits a little bit too much in it, in order to be truthful, and that unfortunately provides more of a clumsy outcome in parts. Others may feel that the casting isn’t quite what they imagined, and in the press conference Jamie Campbell Bower was particularly vocal with his thoughts on the matter saying that some rather nasty social media reactions to his casting “were based on image and image looks alone and that was two and a half years ago, and I think as an actor and as a performer I’m very much aware of the fact that my job is to change both physically and emotionally and that was what hurt the most, that people were judging me based on nothing.” 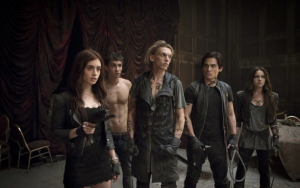 Although there are clear issues with this film and it won’t please everyone, there are lots of great elements to it, the CGI is out there but not too over the top and the characters are believable, watchable and sympathetic. Mortal Instruments: City of Bones is certainly for the younger audiences out there, but even if you don’t believe in magic or demons, there’s still a rollercoaster ride for you to watch…just remember to not walk out of the cinema when the unforgivable comment about the musician Bach is made, just take a deep breath and carry on. When you watch the film, you’ll know what we mean.

Fancy something a little bit different this film season, then try Trap for Cinderella. It doesn’t look like the easiest watch, but definitely looks gripping, exciting and with some fantastic acting from Tuppence Middleton and Alexandra Roach. Here’s the official trailer, more details to come soon!

A bit more about the film

Micky is a fun-loving photographer, living a party lifestyle in London until a chance encounter with a childhood friend changes her world forever. The opposite to life-and-soul Micky, Do is a quiet bank clerk, with little by way of a social life. Yet much to the annoyance of her DJ boyfriend Jake, Micky is all too delighted to reacquaint herself with Do, embracing her old friend with typical gusto. But when they return to the tranquil French villa where they spent so many happy summers in their youth, tragedy strikes. A fire engulfs the building, leaving Micky badly burnt and blighted by amnesia. Unable to even recall her own name, Micky is forced on a shocking journey of self-discovery. For nothing – friends, relatives, lovers and even herself – is as she remembers it.

Trap for Cinderella is released in cinemas on 12th July

Here you go folks, you’ve heard the hype now its time to watch the teaser trailer of our favourite book out of The Hunger Games Trilogy – Catching Fire. It looks brilliant so make sure you keep up to date with all the latest on the Hunger Games here and at its official sites.

Hunger Games victors Katniss Everdeen (Jennifer Lawrence) and District 12 companion Petta Mellark (Josh Hutcherson), will face re-entering the Hunger Games for a Quarter Quell – winners edition of the contest hosted every 25 years, where all the past winners once again fight it out to become the ultimate champion.

May the odds be ever in your favour!

Be afraid… be VERY afraid… why? Because the new film from Director James Wan (Saw, Insidious)  looks so scary we can barely bring ourselves to watch the trailer!

Before there was Amityville, there was Harrisville… (gulp!)

Based on a true story, “The Conjuring” tells the horrifying tale of how renowned paranormal investigators Ed and Lorraine Warren were called upon to help a family terrorised by a dark presence in a secluded farmhouse.

Forced to confront a powerful demonic entity, the Warrens find themselves caught in the most terrifying case of their lives.

…now go hide under your duvet…..

You almost feel a little bit naughty for liking this film. It has every cliché in the book… the patriotic drum rolls when an image of the white house is shown in full glory, the American flag falling solemnly to the ground when the take over is complete, and the words “God Bless America” that are used perhaps more times than a skeptical British audience cares to hear. However, Olympus has Fallen is a very enjoyable film. Even though its made by the director of Training Day, Antoine Fuqua, it is no Training Day (there is no Denzel for starters…) but rom-com hero come face stabber Gerard Butler steps up to the plate as disgraced Presidential Guard Mike Banning pretty well.

The story follows the former Head of Security, eighteen months after he fails to save President Asher’s (Aaron Eckhart) wife from falling to her death following a freak snow accident en route back from Camp David. He is now working a desk job at the State Treasury so to not remind the President of that fateful night. There is unrest in Korea and the South Korean President comes to the White House to find a solution. This is when the take down begins. A full blown storm on the White House occurs and it seems that the FBI, Navy Seals and Homeland security have are facing more danger than they ever could have imagined, so its down to one man to get the President and his son out of the White House alive. 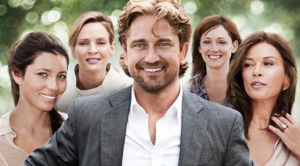 Butler has been known in the last few years to take the easy money route with his career, rom-coms like Playing for Keeps and P.S. I Love You have been a strategic way of keeping the actor both funded and in the forefront of Hollywood’s minds (on screen at least). We can be forgiven for momentarily forgetting that he actually played King Leonidis in the brutal graphic novel 300, but its good to see him back on form here. Apart from a few dodgy accent slips, it’s easy to see him as a high profile security guard who has a charismatic relationship with both the President and his son. He brings an everyman quality to this performance which makes him more accepting in this role, clearly knowing his place as to when to be friend and when to serve. Its easy to follow Butler as the central character here, his action moves are not unexpected, you feel he knows when he’s delivering a cheesy line and you even on occasion get a little glimmer appear in his eyes which tells the audience that although he shouldn’t, he’s definitely laughing at this line with you. 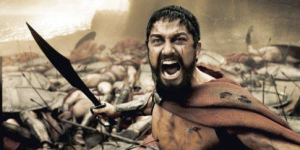 Accompanying him in supporting roles are Angela Bassett (Secret Service Director Lynn Jacobs) and Morgan Freeman (Speaker Trumbull). Having these two in this film I feel balances up the ridiculousness of some of the scenes and forces a sense of credibility into what we’re watching. Although understated, these two actors become an audience within the film, watching action themselves from the Pentagon, and making a few big decisions as and when necessary.

As the villain of the piece, Kang, Rick Yune is perfectly cast.

Amidst all the chaos of the epic take over scene, the criminal mastermind is cool, calm and calculated. It’s almost sinister how relaxed he is, and you automatically think back to his Bond villain Zao in Die Another Day. You find yourself intrigued as to what happen will happen next with him, and a key highlight for me was his un-emotive reaction to Butlers proposed game of “Fuck Off.” As an actor, Yune really does play the ‘less is more’ card very well.

Overall, the film is a combination of cheese, violence (in parts verging on ultra-violence) and an almost worrying example of the most protected building in the world being overtaken by terrorists. Despite its terrible title and slight lack of gravitas to make it a classic action flick, its really worth a watch, the fight scenes are exciting, you almost fear for your own safety a little when the take over begins, and apart from a few dodgy lines Olympus has fallen makes for an engaging and solid watch – definitely one for the boys though.